Nicolas Bacri has dedicated to her his Fourth Suite for cello solo op. 50. She premiered Luciano Berio's Chanson pour Pierre Boulez in 2000.

Her recordings as a soloist or together with the pianist Pascal Amoyel have received the highest musical awards : Cannes Classical Award, Diapason d'Or, "Choc" of Le Monde de la musique, etc. She also received a Victoire de la musique classique in 2002 and has been decorated as a "Chevalier de l'Ordre des Arts et des Lettres".

Together with the pianist Pascal Amoyel and the director Jean Piat, she created in 2005 the theatral concert "Block 15".

Among …Read more on Wikipedia

Work of Emmanuelle Bertrand in the library 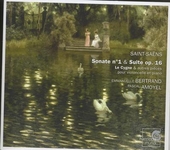 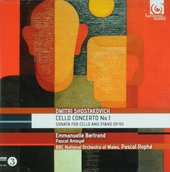