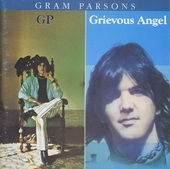 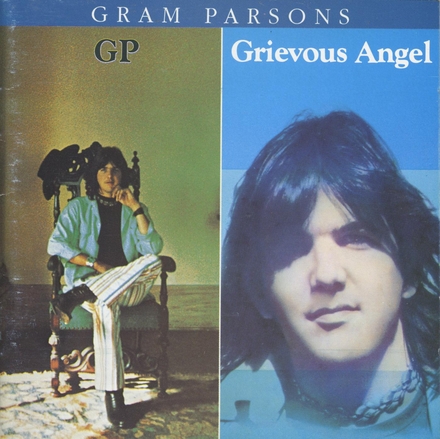 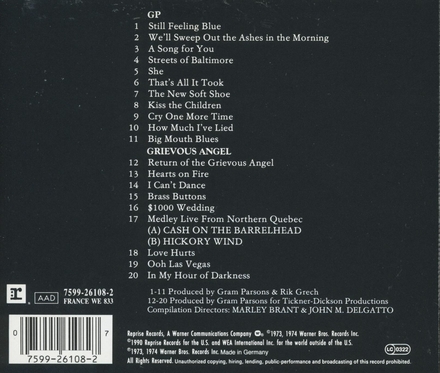 Ingram Cecil Connor III (November 5, 1946 – September 19, 1973), known professionally as Gram Parsons, was an American singer, songwriter, guitarist and pianist. Parsons recorded as a solo artist and with the International Submarine Band, the Byrds and the Flying Burrito Brothers. He popularized what he called "Cosmic American Music", a hybrid of country, rhythm and blues, soul, folk, and rock.

Parsons was born in Winter Haven, Florida and developed an interest in country music while attending Harvard University. He founded the International Submarine Band in 1966, but the group disbanded prior to the 1968 release of its debut album, Safe at Home. Parsons joined The Byrds in early 1968 and played a pivotal role in the making of the seminal Sweetheart of the Rodeo album. After leaving the group in late 1968, Parsons and fellow Byrd Chris Hillman formed The Flying Burrito Brothers in 1969; the band released its debut, The Gilded Palace of Sin,…Read more on Wikipedia

Work of Gram Parsons in the library 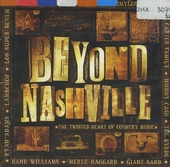