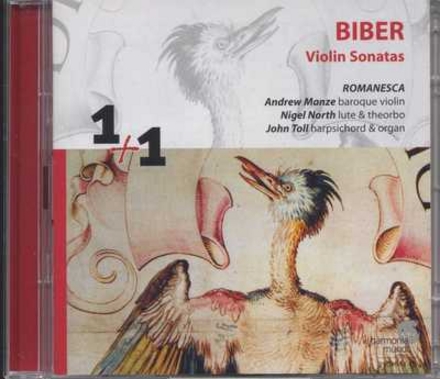 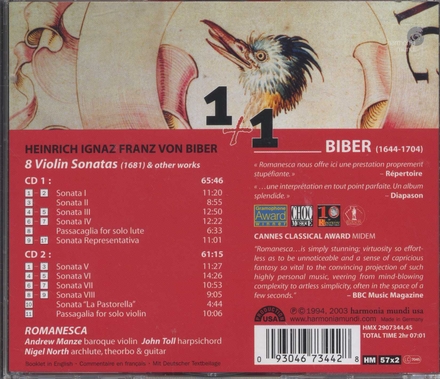 Heinrich Ignaz Franz Biber (12 August 1644 (baptised) – 3 May 1704) was a Bohemian-Austrian composer and violinist. Born in the small Bohemian town of Wartenberg (now Stráž pod Ralskem), Biber worked in Graz and Kremsier (now Kroměříž) before he illegally left his Kremsier employer, Prince-Bishop Carl Liechtenstein-Kastelkorn, and settled in Salzburg. He remained there for the rest of his life, publishing much of his music but apparently seldom, if ever, giving concert tours.

Biber was one of the most important composers for the violin in the history of the instrument. His technique allowed him to easily reach the 6th and 7th positions, employ multiple stops in intricate polyphonic passages, and explore the various possibilities of scordatura tuning. Among other pieces, Biber wrote operas, sacred music and music for chamber ensemble. He also wrote one of the earliest known pieces for solo violin, the monumental passacaglia of the Mystery Sonatas. During Biber'…Read more on Wikipedia

Work of Heinrich Ignaz Franz Biber in the library 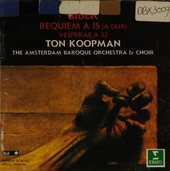