Herman Liebaers (February 1, 1919 in Tienen, Belgium – November 9, 2010 in Jette, Brussels) was a Belgian linguist. He was director general of the central Belgian Royal Library and Marshal of the Royal Household of the Royal Court of Belgium.

He obtained a master's degree in literature from Ghent University in 1942 and a Ph.D. in 1955 at the same university.

In 1943 he started working at the Royal Library of Belgium in Brussels (Albertina). During the war he was captured by the Nazis and imprisoned in the concentration camps of Breendonk and Huy. In 1950 he was for 6 months in the U. S. with a Fulbright scholarship and worked a few weeks at the Library of Congress. From 1951 until 1956 he was also Assistant Secretary of the Belgian American Educational Foundation. In 1954 he moved on to become the librarian of the CERN.

In 1956 he returned to the Roy…Read more on Wikipedia

Work of Herman Liebaers in the library 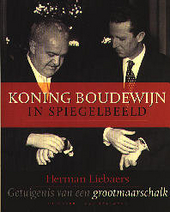 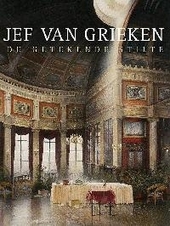