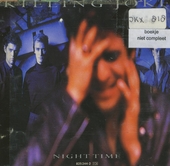 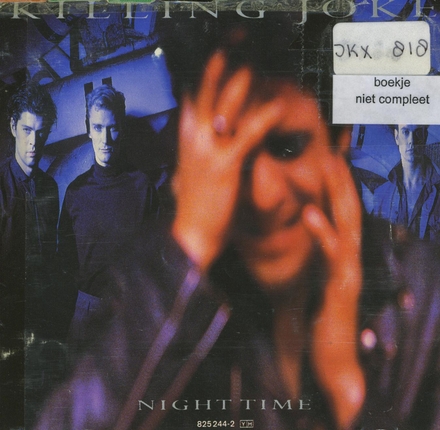 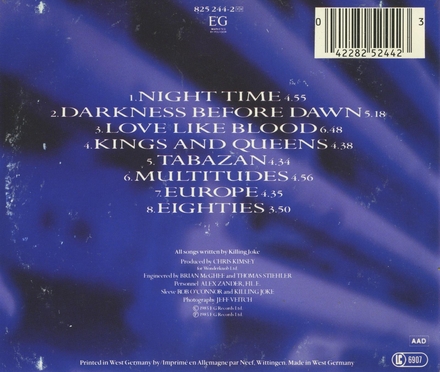 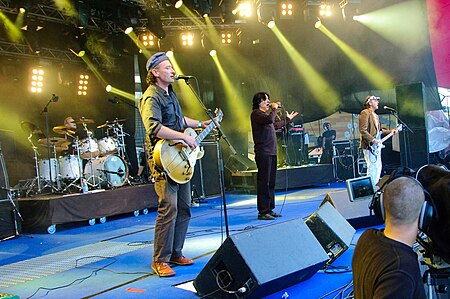 Their first album, Killing Joke, was released in 1980. After the release of Revelations in 1982, bassist Youth was replaced by Paul Raven. The band achieved mainstream success in 1985 with both the album Night Time and the single "Love Like Blood".

The band's musical style emerged from the post-punk scene and has been cited as a key influence on industrial rock. Their style evolved over many years, at times incorporating elements of gothic rock, synthpop and electronic music, often baring Walker's prominent guitar and Coleman's "savagely strident vocals". Killing Joke have influenced many later bands and artists, such as Metallica, Nirvana, Nine Inch Nails and Soundgarden. Although Coleman and Walker have been the only con…Read more on Wikipedia

Work of Killing Joke in the library 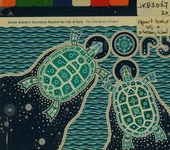 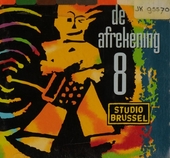