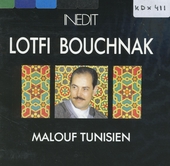 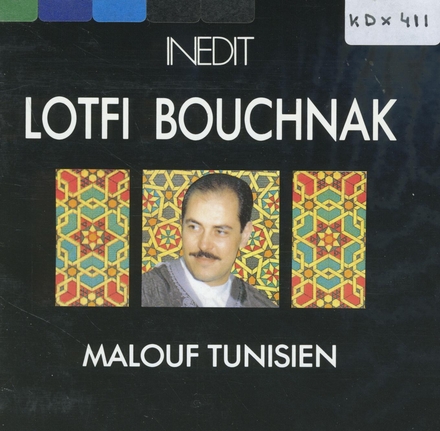 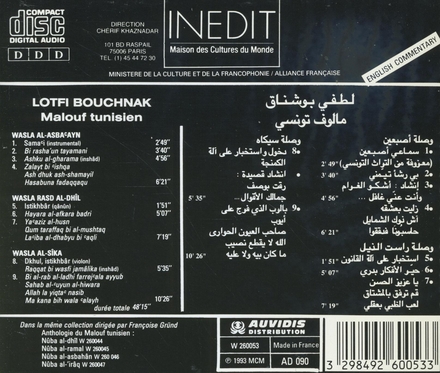 CC BY 2.0 - Image by https://www.flickr.com/people/magharebia/

Lotfi Bouchnak (Tunisian Arabic: لطفي بوشناق‎, Bosnian: Lutfi Bošnjak) (born January 18, 1952) is a Tunisian singer, oud player, composer and public figure. He is considered one of the best tenors in the Middle East, North Africa, and the Arab world and has been dubbed as Tunisia's "Pavarotti". He also played in Tunisian TV series and movies including Maktoub, La boîte magique, Halou u mer and El paraíso ya no es lo que era.

Bouchnak was born in Tunis, Tunisia to a family of Bosniak and Turkish origin. At a young age, he began re-performing the songs of Oum Kalthoum and other masters of Egyptian music. He joined the "Youth Musical Group of Tunis", then "Arrachidia", where he started improving his vocal skills with Ali Sriti. He also learnt to play the Oud. In 1979, at the age of 25, Bouchnak recorded his first song composed by Ahmed Siddiqui. He then starte…Read more on Wikipedia

Work of Lotfi Bouchnak in the library