The beautiful music of Mary O'Hara

The beautiful music of Mary O'Hara

Mary O'Hara (born 12 May 1935) is an Irish soprano and harpist from County Sligo. She gained attention on both sides of the Atlantic in the late 1950s and early 1960s. Her recordings of that period influenced a generation of Irish female singers who credit O'Hara with influencing their style, among them Carmel Quinn, Mary Black, and Moya Brennan. In his autobiography Memoirs of an Irish Troubadour (2002), Liam Clancy wrote how her music inspired and influenced him and others of the Folk Revival period.

O'Hara won her first competition, Sligo's annual Music and Drama singing competition, at the age of eight, and made her first radio broadcast on Radio Éireann before she left school at the age of 16. She went on to perform at Edinburgh International Fringe Festival with the Dublin University Players, BBC's Quite Contrary and The Ed Sullivan Show, before she starred in he…Read more on Wikipedia

Work of Mary O'Hara in the library 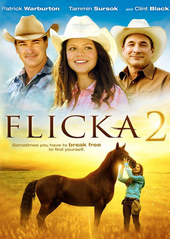