The voice of the Atlas 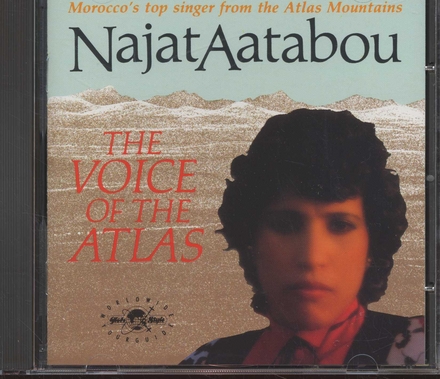 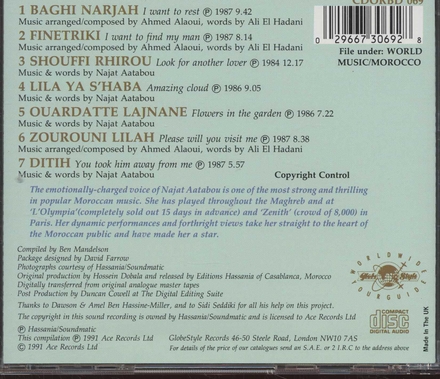 The voice of the Atlas

Title
The voice of the Atlas

Her song "Hadi Kedba Bayna" was sampled by the Chemical Brothers in their 2005 song "Galvanize".

Najat Aâtabou was born on 9 May 1960 into a lower-class family, with five brothers and four sisters. She dreamed of becoming a lawyer, but her life would take a different direction. Singing was her favourite thing to do and she would walk to school every morning singing songs. When she reached the age of thirteen, she would sneak out of her bedroom window and sing at local weddings and school parties for money. At one of these parties, a guest recorded her voice with a tape recorder. The tape was sold illegally throughout Morocco and the song "J'en ai marre" ("I've had enough of it") became especially popular. Her family soon found out about her singing and did not accept her choice of voca…Read more on Wikipedia

Work of Najat Aatabou in the library