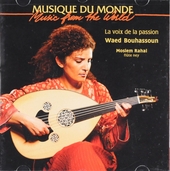 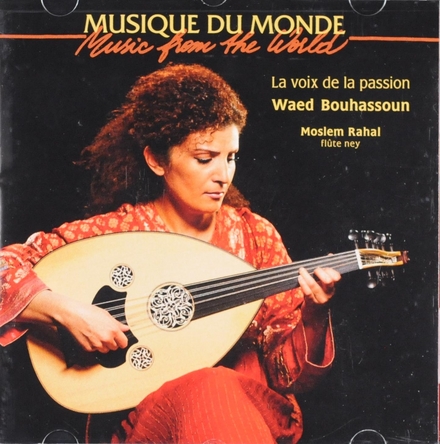 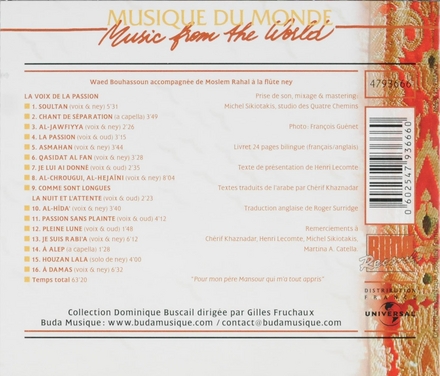 CC BY 2.0 - Image by Jean-Pierre Dalbéra from Paris, France

Waed Bouhassoun (Arabic: وعد بوحسون‎) is a Syrian singer and oud player. She has released four solo albums of traditional Syrian music, and toured internationally since 2010. She is a founding instructor-performer for the project "Orpheus XXI – Music for life and dignity," supporting refugee musicians in Europe. In 2018, she was made a chevalier (knight) in the French Ordre des Arts et des Lettres.

Bouhassoun was born in 1979, and grew up in Shaqqa, a small Druze village near As-Suwayda in Southern Syria. She began playing the oud at age seven, taught by her father. In high school, she began to play in regional competitions, and by age 18 had travelled widely in Syria as a performer.

She then entered the Higher Institute of Music in Damascus, where she studied for three years. There were no courses in Eastern singing, so she studied opera. She was asked to learn a Western in…Read more on Wikipedia

Work of Waed Bouhassoun in the library