The girl on the train

Tate Taylor (director), Paula Hawkins (based on the work of), Emily Blunt (actor) 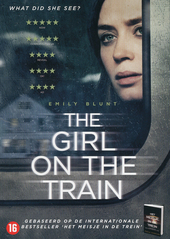 The girl on the train

Tate Taylor (director), Kathryn Stockett (based on the work of), Thomas Newman (composer)

Tate Taylor (born June 3, 1969) is an American filmmaker and actor. A frequent collaborator with his friends and prolific character actresses Allison Janney and Octavia Spencer, Taylor is best known for directing The Help (2011), Get on Up (2014), and The Girl on the Train (2016).

Taylor was born on June 3, 1969 in Jackson, Mississippi, where he grew up.